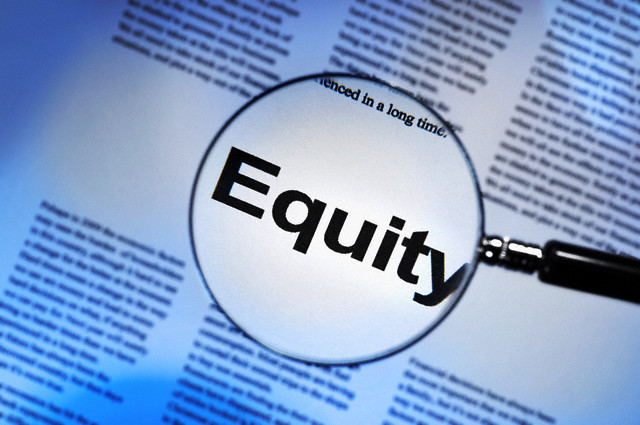 In earlier articles, we have been writing about which asset class to invest in current scenario and have covered real estate and fixed income market. In this series, we would discuss about equity market. Equity market is the true reflection on growth of economy and with the current state of economy which is in recession; markets are not performing from last 5 years.
It touched all time high of 21000 sensex in January 2008 and since then it’s been 5 years that markets have not been able to cross that level.

Patience of investors has been tested and more so most of the investors are disappointed. One of the reasons for their disappointment is also their expectation with which they entered in the market which is making money in short term.

Though stock market offers abundant liquidity, one should only invest with long term in view. Now 5 years cannot be termed as short term and investor’s nervousness is not truly unjustified.

Economy is not in a good shape

No matter how much UPA government boast about their first 8 years of governance where economy grew at 8% on an average, they have failed drastically in making correct economic decisions. With government failing in most of the areas coupled with overall gloomy global environment, we have an economy where growth is just dipping down. New jobs are not coming up, new industries are not being set up and overall economic scenario does not look good. Dollar crossing 60, says it all.

And hence it’s not the end. Economy does have its ups and downs. Even in the last so many decades, Indian businesses have witnessed downward cycle but it has bounced back. Currently a lot is being talked about rupee depreciation and how badly it is impacting our business. But if we look back one will find that we have grown despite weakening rupee. Infact many a times depreciating rupee has helped India grow as well as far as exports are concerned. 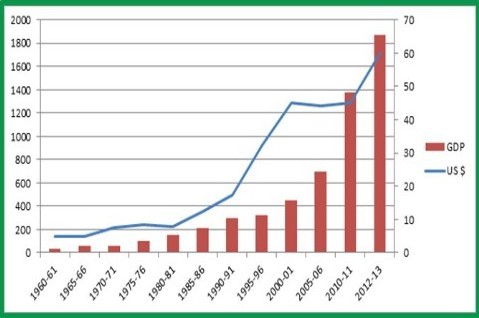 Also weaker rupee helps foreign investors to put their money at cheaper levels. Given above is the graph which shows growth in GDP since 1960 with rupee-dollar exchange rates. In 1960, 1 dollar was equivalent to Rs.4 and now it is Rs.60. Our economy has still grown rapidly in last 50 years.

In the end, important is investor’s behavior. Businesses are cyclical in nature but investors tend to get interested in markets only when they are booming. And this is the major reason for underperformance.

In the last 10-15-20-30 years, markets have given over 15% compounded returns but still investors complain about markets. The table given below depicts sentiments of the investors at different market levels:- 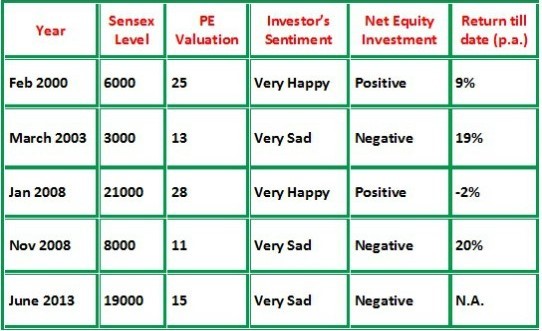 Fundamentally we should invest when PE is low and withdraw when PE is high, but in reality, opposite has happened.

Economy is surely not in a good shape and is going through a lot of trouble. Things will take some time before the damage can be repaired. Government is preparing for the coming elections and hence not much can be expected out of them. With RBI putting their efforts to manage forex volatility not much will be offered by them to initiate growth. So for a year or so we may not see markets scaling up. These times only offer investors to invest in a staggered manner to consolidate their position before economy picks up.

Mind you, PE levels are already at their lows. Are we waiting for the day when god would come and tell us that markets have reached the bottom and from here on markets will perform?

Markets will outsmart most those who try to experiment too much and will reward those who have kept patience. All I can say is that Stay Invested!!!!

In the end I would like to quote what Warren Buffet once said “I think the worst mistake you can make in stock market is to buy and sell based on current headlines”.