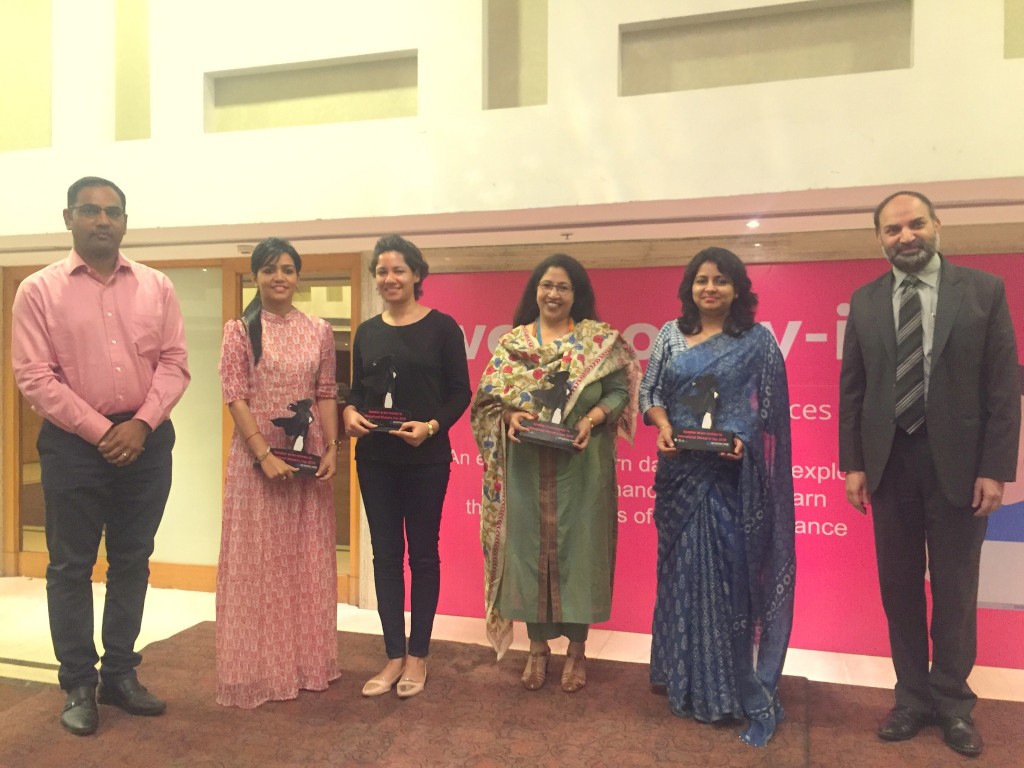 If Life Is Rainbow, You Are Different Colors of It

If Life Is Dark, You Are the Hope of Light

Women who apart from being a life giver is also a homemaker, care-taker and has excelled today in every field whether being a journalist, doctor or an engineer. She manages to do series of tasks in one go whether it’s her household tasks or workplace tasks or both together. While shouldering these household or work responsibilities, she still owes some responsibility to herself which is ensuring that her financial independence is not compromised. While juggling between all this, one thing that is often overlooked by her is to manage her personal finances. So for the first time in Jaipur, SLA Financial Solutions along with SBI Mutual Fund organized an event ‘wo-money-ia’ on the occasion of International Women’s Day i.e. 8th March 2016 for the modern day women to explore the new age financial world. The event was aimed to address an issue i.e. “why women refrain from talking about finances” and also to spread awareness amongst women to take charge of their finances.

After him Ritu Mathur, Co-founder of Megriar Advisor spoke about why is it important for a woman to take charge of her finances. She even mentioned that women are great financial managers since ages but they still lack in taking investing decisions. This is all due to lack of confidence in them and nothing else. She continued that in today’s era it is not only mandatory for women to manage finances but also to take control of their lives and empower themselves.

After the discussion it was concluded that the women since beginning has been cultured to manage home, kids, and groceries and thus it is incorporated in her mind that finance will looked after by the men. Hence we do not see a lot of women coming forward and taking charge of their finances.

They also threw light on the challenges faced by women when she has to take charge of the finances after the mishap or death of males of the family. Hence it was recommended that women should have a list of all bank accounts, all the assets, passwords, emergency contact numbers that should be kept in a safe.

Next speaker was Swati Souls, an internationally selling artist and a pioneer in biographic paintings who shared her story of dream and courage and encouraged the audience to follow their dreams and passion.

The event concluded with the speech of Munish Sabarwal, Vice-President and Zonal Head (North) SBI Mutual Fund, where he thanked all the speakers and stated the importance of financial awareness and management amongst women for the growth of women and the country. He said “It’s a famous saying which we at SBI strongly support and with all my heart believe in when you educate a man, you educate a person; but when you educate a woman, you educate the entire family and generation”.

The event was concluded by a vote of thanks and a message for the all the women out there which was “Break free and let there be no stops”.