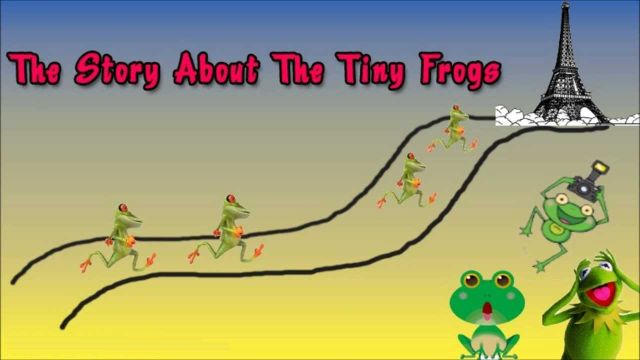 This may seem like a strange title for a financial blog, but it carries with a deep meaning that resonates with the financial world and your choices. Many of you might be wondering about this strange analogy, so let me start with the story of ‘the Deaf Frog’. You will find many versions of this story but this is the version I like. A group of frogs decided to have a race. They decided to climb a steep and tall tower. The one who reached the top first would be the winner. As they started their climb, the onlooker frogs called out to them and said, they would never be able to do it and that it was an exercise in futility. One by one the frogs started to give up and only two frogs were left on the tower walls. The frogs that had given up also joined the others and kept on about the futility of the task. Very soon there was only one frog on the tower wall. He climbed on steadily and continuously although like others he did slip a few times. All the frogs kept calling out to him and saying that it was an impossible task and that he should give up, but the frog continued toiling upwards and after a long hard climb he finally reached the top.

He was received with great fervor and everyone marveled at his tenacity.   They crowded around him and asked what gave him the courage to keep on climbing. To their surprise they discovered that the frog was deaf. He communicated that he could not hear what the crowd was calling out but assumed that they were motivating him and cheering him on to finish the climb and it was this cheering that kept him determined to climb on.  Had he heard the decrying of the crowds, like the other frogs he too would have given up the tough climb. His being deaf turned out to be an advantage.

Just as the deaf frog was able to reach his goals, it is the deaf investor who can reach his financial goals. Let me elaborate. Most investors are weak of ears. They are easily distracted by the market rumours and the ‘expert’ advice of other investors. As an investor, it is imperative that you never lose focus of your long term goals. It is important to not heed to market rumours about your investments and take decisions that will have negative long term affects.

Once you have made your investment decisions with the help your financial consultant stick to them. Do not be scared off by temporary market phenomenon. It is but natural that you may here negative or positive news about your investments. Do not let them affect you unnecessarily. Just because you heard someone say something negative about a current investment it does not mean that you need to react immediately to it by disinvesting or lowering your investments. Trust your consultant to give you the right advice, also remember that short term profits and losses do not considerably affect the long term goal of wealth creation. If anything this continuous handling or mishandling of your portfolio may actually mar the overall growth of your investments.

Be the deaf frog. Stay focused. Do not let rumours and lay person advice make you give up on your investments. Learn to trust your decisions and stick to them. Just as the deaf frog was finally able to reach his goal of climbing to the top of the tower, you too will be able to reach your financial goals of wealth creation by ignoring the crowd around you and the noise that emanates from this crowd.

At this point I am reminded of a Hindi idiom, kutte bhonkte rahte hein aur hathi chalte rahte hein. Roughly translated it means that the dogs will bark all around but the elephants pay no heed and continue to walk. Similarly an investor needs to continue on their chosen path without paying heed to all the white noise around.

So be the Deaf Frog, be the strong elephant and continue your upwards journey towards the completion of your financial goals.